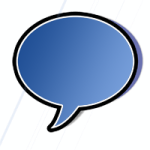 I was reflecting recently about different forms of violence. Some of them are pretty obvious: killing someone, attacking a person with a firearm, knife or club. Shouting at and belittling a person is easy to count as violence as well.

There are more subtle forms of violence. One form attacks, instead of a person, a relationship. By backbiting between two people, it’s possible to poison the relationship, violate trust and companionship. Gossip can be considered a form of violence, striking the victim from behind their back. Violence against a relationship can take varied forms, but it often kills or injures trust.

I realized that their are further forms of violence not visible from the outside. One can attack or berate a person from within your imagination. You can wish they would suffer harm or die, but not take any steps to plan to carry that out. These inner violences can still have negative consequences because they can be reflected in interactions with the other person… acting cold or rude in a manner not characteristic with other people. One can reveal the negative attitude when talking to other people about the target.

One further form of violence is against oneself. That can include suicide and physical self harm. Through self-sabotage, one can thwart ones potential by giving up too easily because of inner voices saying you’re no good, you’re not worth it, you don’t deserve any good things.

The form of violence that I’m most prone to is the latter kind. I project from my past what will happen next. My pattern-recognition is so attuned to detecting negative qualities of myself that I find fault in many things.

I didn’t recognize it as violence until I was writing a letter to a friend and thinking about how I treat myself. I’m most certainly rarely a good friend to myself. It’s hard for me to accept and forgive my mistakes because I can focus blame on the things I do as I participate in my life.

One poignant way that this has played out in the past is insecurity on relationships. I have a much too sensitive hair trigger on rejection. Although I am getting better, I still worry that I’ve done something wrong when i don’t reach someone for a while. Either I did some slight to make the person reject me or they don’t want my friendship anymore. I attack myself and usually no criticism is even necessary, just my hypersensitivity.